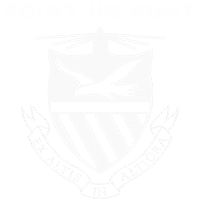 Four seasons in one day – Friday, 7 February, was yet another typical Mossel Bay day. Early morning a chilly wind kept teachers in jackets, and parents unwilling to get out of their cars. Of course, this did not keep the learners from wearing summer shorts and bathing suits.

In no time the cold air was warm with vibrant excitement as learners competed in the different activities: beautiful sand structures were created; sand flew everywhere as Touchies players tried to outmanoeuvre their opponents; tempers flared during highly competitive volley ball matches and muscles strained to get that rope to move just another inch during epic tug of war contests. Beauty and brawn was put to the test in the Mr and Miss Raft Race and the Iron Man and Woman competitions respectively.

Unfortunately, after the learners had struggled against the wind and big waves during the first two raft races, Mr Gouws (principal) cancelled the rest of the raft races to ensure the safety of our learners.

The fun and games continued, though, and as the day grew warmer children could enjoy a wonderful Mossel Bay beach day.